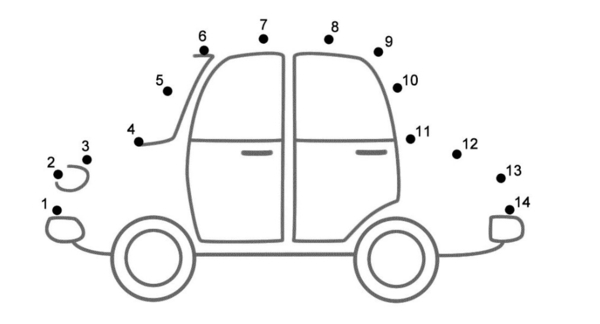 Joining the Dots - Careers Defender's highlights of the CEC conference

This week I had the experience of being one of the 550 Joining the dotspeople at the Careers & Enterprise Company's first conference. The Joining the Dots title gave some coherence to what has been going on behind the scenes over the first year of the CEC.

The conference was attended by a variety of delegates, from schools, careers organisations, employers, volunteers and employees of the CEC. It was on the whole a very uplifting event with some lovely examples of good practice and some very engaging speakers.

Sir John Holman gave a very succinct summary of the thinking behind the Gatsby report and the effects of the research. It also publicly announced that later this term there will be a school assessment tool available to help schools assess their offer against the benchmarks. This is a welcome move but oh I do wish they included evaluation as a 9th benchmark because if you stop and think, it's perfectly possible to deliver the 8 benchmarks without doing a particularly good job.

The recipients of the £5m development fund

Many of the 33 recipients of grants from the CEC development fund were in attendance and there were stalls available for delegates to engage with them. There were also some quite good presentations from Make It, Future First and Career Ready demonstrating how they are going to utilise the grants to improve young people's life chances in CEC identified cold spots

Lord Young and the Enterprise Passport

Lord Young was one of the last speakers of the day talking about the forthcoming Enterprise Passport which he described as a form of employability record. For those of us who remember Record of Achievement, something like that. One of the most powerful things he said was that he expected employers faced with a number of young people all with similar grades to be able to use the passport to ease the decision making process.

...outline the government's vision for careers provision, which we believe should be high-quality, consistent, engaging with employers, made up of several rather than one-off encounters, which start early on in a young person's life.

However, I don't think she managed to do that. What she did manage to highlight

Careers provision should focus on giving young people the information, aspiration, advice and training that will allow them to unlock their potential

... there is so much energy and enthusiasm in the careers space, and there are huge amounts of talent and excellent practice too, but there isn't enough co-ordination.

The sad thing is she didn't highlight, why would she?, that schools are hard pressed to find the staff and more to point the staff with the time and knowledge or training necessary to coordinate and manage all these activities.

She went on to voice the opinion that skilled technical and academic training routes are of equal weight and importance but then went on to say.

... so I want to see parity between the routes offered to young people, so they can make a real choice in choosing their career.

However, she didn't address any of the drivers and school effectiveness measures that focus specifically on the academic routes.

She went on to outline the Enterprise Adviser network which I've explained in a previous post but then came out with two little nuggets of new news.

The company proposes to convene annually 39 school leaders who represent schools on local enterprise partnership boards. Those school leaders will ensure effective dialogue exists between the network and schools and colleges.

To me this sounds like positive news - hopefully we'll get some movement on the issue of capacity in schools. finally she announced

I'm particularly pleased that The Careers & Enterprise Company is working closely with the government's flagship National Citizen Service programme to look at the ways young people participating in it can benefit from engagement with employers and other organisations.

So did she fulfil her objective of setting out the Government's vision for careers provision - no I don't think she did.

So, my overall viewpoint? A very inspiring day, a great chance to network with a number of colleagues from across the country. Did it provide me with any further insight? No, not really. Did it inspire and uplift me? Yes it did.

The Power of Gatsby Benchmark 4 - Overcoming…

This work by Janet Colledge is licensed under a Creative Commons Attribution-NonCommercial-NoDerivatives 4.0 International License.
© 2020 Outstanding Careers. All Rights Reserved