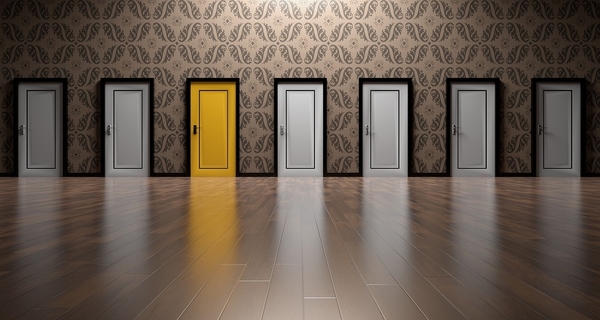 HE Funding and social mobility - The role of LMI

I've been reading huge amounts about Mrs May's review of HE funding and to be honest, I'm fuming. Putting my political affiliations to one side, I'm trying to look at things objectively. However, I feel powerless to resist speaking up for "poorer students" "working class students" "the disadvantaged" call this sector of society, MY sector of society, what you will, I'm flaming fuming.

The relatively cheap to deliver degrees are those that don't have good employability rates and thus less competitive salaries.

The degrees the result in higher employability tend to be those with STEM/Engineering components which make them more expensive to deliver.

For crying out loud! How condescending can you get? BUT and it's a big but, until we get good quality careers education into ALL schools, how will young people know which degrees offer the best chance of a graduate level job and which don't?

Why does there need to be 2 routes?

Why do we need a technical route and a academic route? Whilst we still have both it intimates that one is better than the other and panders to the archaic view that university is where middle and upper class kids go after their 'Gap Yah'. Could we not have a single progression route with apprenticeships and HE at different levels? Each leading back and forth, for example A or T levels could both lead towards apprenticeships at level 3/4 which could in turn be converted to a degree or a higher level apprenticeship. Come to think of it why not do away with the terms degree and apprenticeship and just have levels? We currently have educational levels from entry level to level 7, (see link 1) why not just use this instead of the dichotomy of academic and technical?

Could we not accord fees to the courses based on the Australian system of subjects that the country needs are subsidised more heavily and those in which there is a glut of prospective entrants and few jobs priced at a higher rate? This may go some way towards supporting the UK after Brexit and towards young people's understanding of the value of HE.

But I've digressed, back to the main thrust of my blog.

The role of LMI in self actualisation

Sonia Blandford in her book Born to Fail points out "The idea that social mobility depends on personal drive and the will to succeed is a tempting one for people in power but in reality it is much more complicated than that - because it shifts the responsibility of social mobility onto the individual, when often that individual is not in any position to do something about it"

Without understanding the basics of LMI how will young people be able to make the decision about their routes forward at 14, 16, 18 or even older? How can we, the educationalists support young people so that they are in a position to do something about making realistic choices.

Without getting into the what is education for debate, in my humble opinion, a good education will get you so far in life but if you don't have an end point in mind then you'll end up wandering all over the place. We have seen this in the 6 years since Gove shut the Connexions service and gave schools the responsibility for careers education. Undoubtedly, whilst there are pockets of excellent practice, many schools did the educational equivalent of putting the gas bill behind the clock. They didn't understand what they were meant to do so put off doing anything about it. The result has been that many more young people are dropping out of courses in their first year (see link 2)

When it became apparent that this is what was happening the Government issued a number of strengthened versions of the statutory guidance which have, with each incarnation, become more instructive. Though, I should add, they've not put anywhere near the sum of money they saved from shutting Connexions into the schools to do the job Connexions once did. So once more, it falls to schools to do yet another job, which of course, they will try their utmost to do well because they are teachers and teachers go into teaching mainly to make a difference.

Part of the latest incarnation of the statutory guidance is that schools now have until 2020 to achieve the 8 Gatsby Benchmarks of good careers education. Benchmark 2 is learning from career and labour market information. So what is LMI and how do we teach it?

Simply put LMI is data, collected from various sources about working patterns, what they're paid, the gender balance in the workplace, age of the workforce and the predicted flow of opportunities, Think of all the artificial intelligence is going to take your jobs headlines you've seen recently, that's LMI. The Government have a portal called LMI for all which explains it all and provides data on an open Government basis (see link 3)

Simply put, understanding what LMI is and where to get it allows young people the opportunity to make INFORMED choices about their next steps and their end goal. So no caller, the poor students won't just go for the cheapest degrees.

Explanation of the educational levels in the UK from the .Gov website.

My previous blog Why teachers need to know about LMI

Careers in the Schools White Paper - Some…

This work by Janet Colledge is licensed under a Creative Commons Attribution-NonCommercial-NoDerivatives 4.0 International License.
© 2022 Outstanding Careers. All Rights Reserved