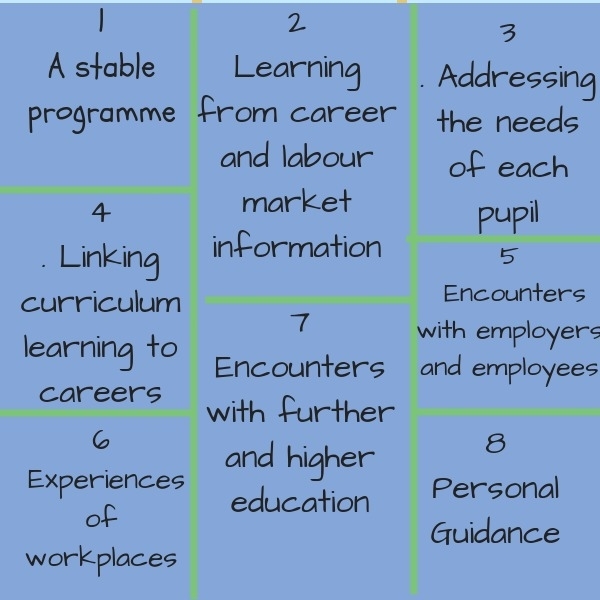 Does this mean Ofsted will take more of an interest in CEIAG?

Today the TES published an article that proclaimed boldly

The gist of the article is that there has been a perceived focus on the cost of inspections rather than the efficacy/value. Especially the decision to not routinely inspect Outstanding schools.

A National Audit Office report into Ofsted earlier this year said that the exemption had led to more than 1,600 schools going for six or more years without inspection, with 296 having not been inspection for 10 years or more

What does this mean for CEIAG

Well firstly, more schools will be inspected that haven't been seen under the Common Inspection Framework (CIF ). Previous to the CIF, the inspection report only explicitly comments on CEIAG as part of the Leadership & Management strand, it now comments as part of the Personal Development, Behaviour & Welfare strand. It's been widely reported that Ofsted are preparing to issue an update to the CIF next year. How will the inspection of CEIAG change.

Sympathetic though one should be with the pressure on schools and their ever tighter budgets it is clear that the 2012 abolition of Connexions and the placing of the burden of CEIAG provision entirely on schools who had little experience and even less guidance hasn't worked well. The Government has provided steadily more guidance over the years culminating in the Careers Strategy published last December which set out a number of musts on schools and expanded the role of the Careers & Enterprise Company.

I won't go through those requirements here, there are plenty of my blogs outlining them and simplifying them along with the Careers Education in Schools booklet that I wrote for National Careers Week. What I will say is that there are now a number of things that Ofsted can look at before coming into school which may or may not influence the amount of time they spend inspecting CEIAG.

Under the currently CIF, I've had reports of Ofsted inspections which have had absolutely zero interest in CEIAG, though to balance that I've heard of inspectors delving deep into destinations data and spending up to an hour in a one to one with the careers leader. Without a doubt it's still a lucky dip.

So where do I think that the expected update to the CIF will go with regard to CEIAG?
I think that inspections will look at the school website to check that it has:-

Then I think they will expect to see

The role of careers leader is still an emerging one, Thankfully, The Career Development Institute has published some example job descriptions which are available free of charge here but it would appear that some schools are expecting SLT members to wear the careers leader hat in addition to all their other hats rather than having them supervise the work of a MLT member with responsibility.

I don't have all the answers I'm afraid. Money and workload will remain the obstacles to a universally excellent CEIAG service. It remains a fact that some schools will take the need seriously and others won't. The ones' that do the former seem to have somebody on MLT or SLT that understand the reality that exam results, whilst vital, are not the entire package and that only pupils who leave school with the skills necessary to negotiate the ever changing job market will thrive.

Careers in the Schools White Paper - Some…

This work by Janet Colledge is licensed under a Creative Commons Attribution-NonCommercial-NoDerivatives 4.0 International License.
© 2022 Outstanding Careers. All Rights Reserved